Hotamighty, today is the release date for Carolina Slim’s (aka Gary Fann) debut album ‘All Around Man’ on Full Bloom Records available now on all streaming platforms! This is the first album I’ve produced by another musician and I’m really proud to be associated with it and very happy for my friend Gary Fann. I’ve watched him work his butt off from day one to make this album a success and have a lot of respect for his tireless dedication to his craft.

Gary’s tire blew out on I-85 on the day we scheduled to record the album and I figured we’d need to take a rain check but I’ll be damned if he didn’t show up three hours later guitars in tow ready to go, he didn’t let the mishap phase him in the slightest. I’ll never forget his text to me while he was sitting on the side of the hiway, “this fucking album is getting done today”, now you’re speaking my language hoss, ride or die.

‘All Around Man’ describes Gary well and by the time you finish listening to this album you’ll feel like you know who he is because his personality effortlessly shines through the songs and there’s an authenticity to his approach that draws you in. He’s a master electrician by day, Blues musician by nite and dedicated family man 24/7, 100% self made.

I think this is one of the most unique Blues albums in recent times and hope you’ll give it a listen even if you’re not a fan of the genre. Gary breathes life into the songs and makes them feel current, there’s not much throwback, nostalgia or adherence to what the purists may be looking for - in fact, just like Hank Williams Jr’s new Blues release this is also the kind of record that will piss off the Blues police. The album is without a doubt pure un-canned Blues that’s full of spontaneity, humor, honesty and charm, it’s no museum piece.

I was thrilled when Gary asked me to be a part of this project, we met when he was a guest on my variet show, The Friday Nite Gamble and I knew back then that there was something unique about him which I’ve come to grasp better and help him channel into what I think is an amazing record. We recorded the entire album in six hours in Statesville NC at Neon Puzzels Studio with Michael Luke Barnette at the helm engineering, mixing and mastering.

Here’s to you Slim, I’m very proud of what you’ve accomplished and feel strongly that it will do well for you. I hope y’all will give ‘All Around Man’ a spin because what we have here is a helluva musician and character that deserves your attention. 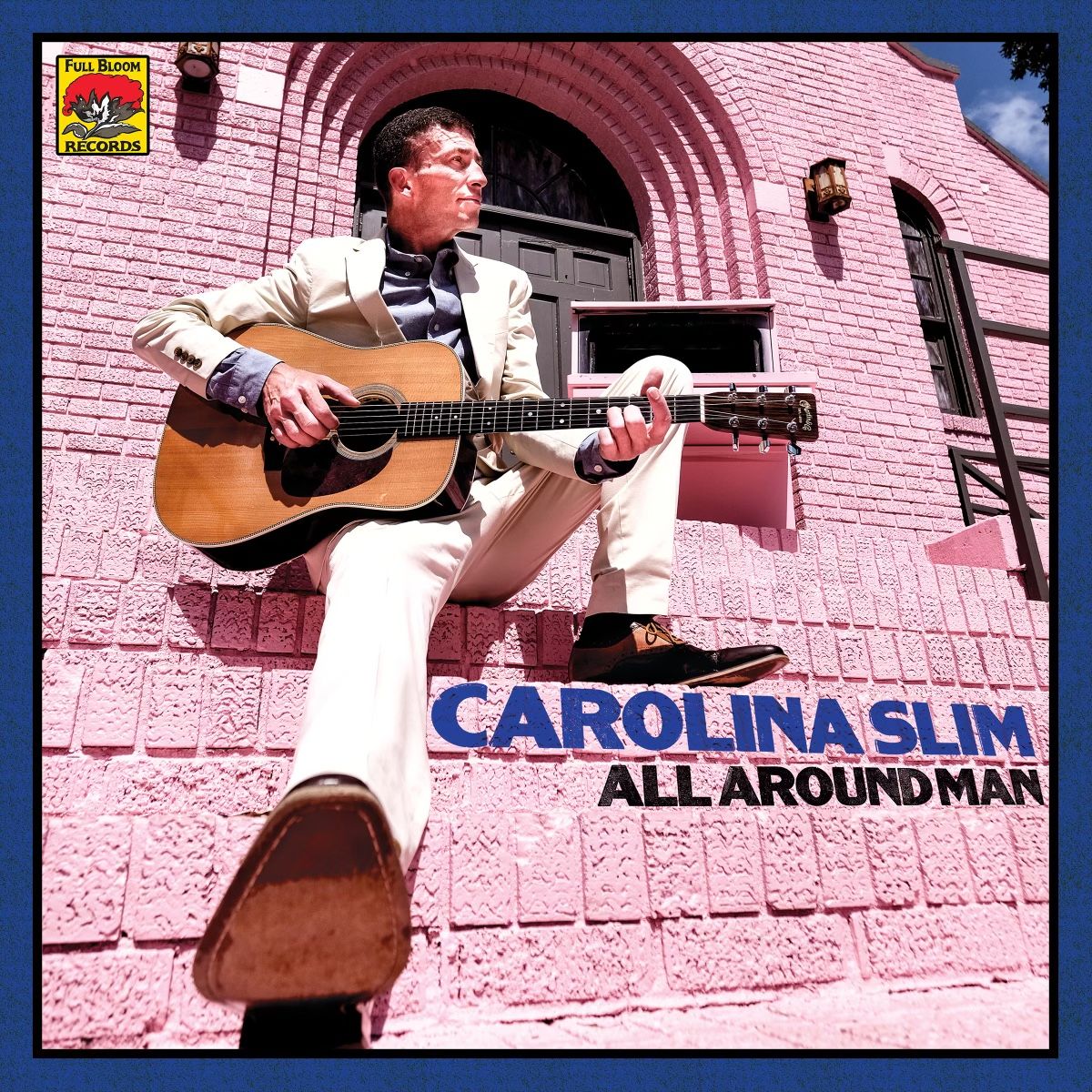